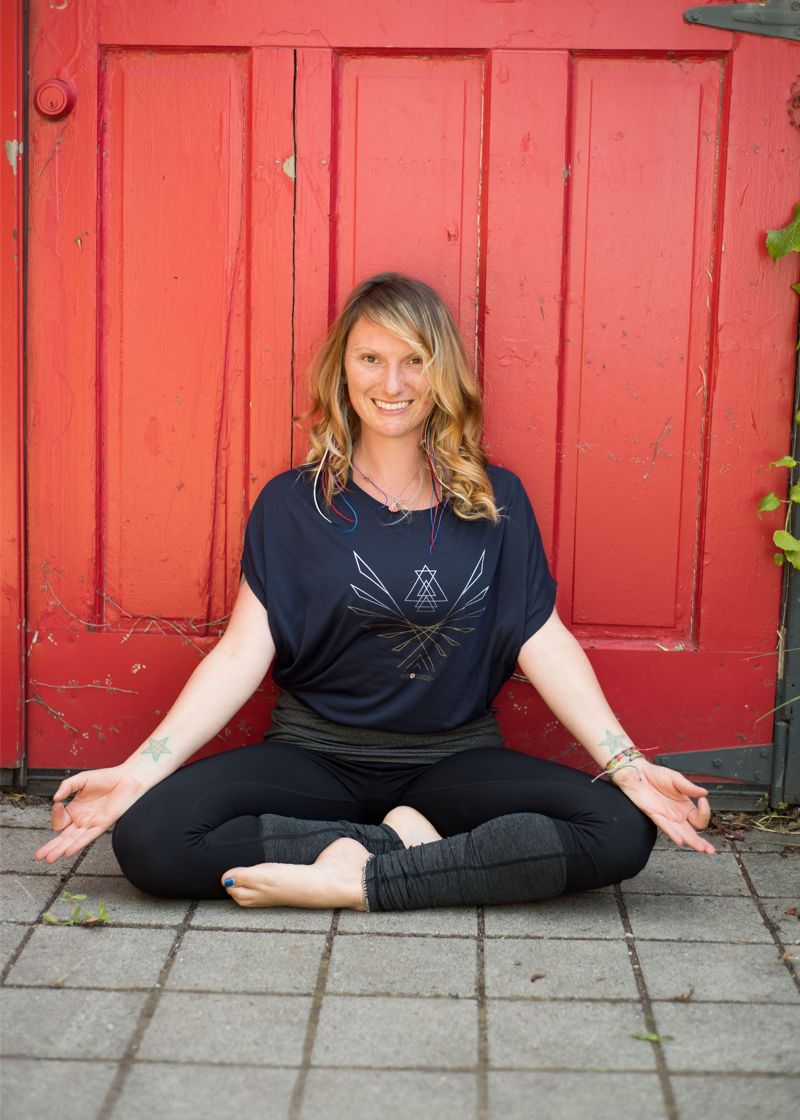 How I Found Yoga

I remember my first Yoga class. I remember the teacher. I even remember a certain song she had on her playlist. This was in 2007. One of those lightbulb moments that I will never forget. I was living with some of my best friends in Virginia, after literally quitting my job and driving 6 hours in the middle of the night to escape from a life I “just had to leave” in a small town in New Jersey. I had been a dancer since a very young age and flexibility and movement came naturally to me, though I was never really amazing at dance choreography BUT yoga was a whole new world.

The sanskrit, stories of deities, holding wild shapes and this deep...deep place inside of me broke open. After a few classes my instructor (now very dear friend) told me that a 200hr+ Raja Yoga (Royal Yoga) Teacher Training she was co-leading was about to start and that it would change my life. There was no truer words ever spoken to me.

I signed up immediately. Had NO clue what or why I was doing this, just that I had one intense calling towards this unknown beast. I was totally in it for the yoga, to “get good at yoga” not necessarily to teach. And I was in DEEP. We would practice daily starting with meditation at 6am followed by an intense series of arm swings and circles, joint freeing movements, abdominal pumping, holding postures and arm balances for very long lengths of time and it was all, everything I craved. This type of yoga I have yet to find anywhere else.

Grand Master Adam was our trainer. Master Adam was traditionally trained in Vietnamese Karate-do, and Zen meditation. “Anyone that has ever had the honor of training with Master Adam quickly realizes that his form of yoga instruction is significantly distinct from the more gentle versions. Master Adam’s yoga is more analogous to a marine boot camp.” His presence was powerful and his dialect quite hard to understand but his students were loyal and dedicated with some more than 1,000 training hours or 30 years with him alone. It was through them where most of my true understanding of what being a yogi meant. Through their determination and loyalty to the practice, I was awestruck.

We would hold bakasana or tittibhasana for some 5+ minutes as Master Adam would flood us with stories of sages and golden liquid, than he’d call out “bird of paradise” or “one legged crow/one legged pendulum” and we’d get in to position and look up to him standing on his head for the next 5. This was no big deal, an every morning occurrence at Warrens Gym, in Va Beach.

On certain days our very packed class would have to abandon our tiny room and take our class to the boxing ring. These were my favorite days. Revolved ardha chandrasana or revolved bird of paradise with one foot on the top rail is very different when you are in a balancing act with 20+ others on a bouncy ring mat. Here in the hustle bustle of this busy boxing gym we would find our dristi, giggle and fall, have deodorant on our knees, and bruises on the backs of our arms but we were never happier. We were all different ages, from my 22 to over 75, all different cultures and backgrounds and this was were we all felt the most gathered. It was hard work. We often cried in frustration. Wanted to give up. Knew we couldn't do it. And always when 6am came, we were back.

On the last day, the day I got my 200 hour certification, I was different on so many levels. I was called up to the front mat, asked to do Astavakrasana and Mayurasana, both of which by now I had done every day for 6 months, and I received my certificate. What I found encompassed in those four corners of my mat was everything. Is still everything. I found yoga.